This will be the last of the Mystery Sender Homage series for a while. Today’s posting features some of my favorites Mystery Sender postcards. They include a variety of comments about my posts, most in the form of taunts. Whenever I receive one of these, I laugh out loud. Occasionally, my husband might say, “oh, s/he’s hitting below the belt today”, but I think they are all hysterical.

The first appeared after I had posted that I thought the cards might be from one of two friends named “Steve”. A few days later, a post card arrives with “…my name isn’t Steve” written on the back, purporting to offer a clue to the sender’s identity.. 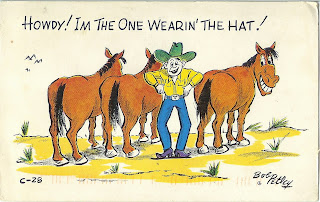 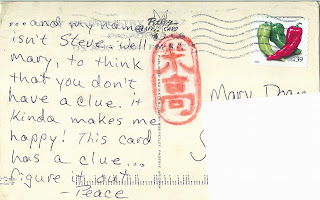 I poured over this postcard, looking for clues. Finally, I believed that the birds in the sky had been doctored to look like the initials “MM”. As I have a friend “MM” who had sent an email telling me how much he enjoyed reading my blog, I thought it must be him, and dramatically announced "Mystery Sender Revealed" in this same post. Wrong!

The following postcard arrived, which obviously amused the sender to no end, mocking my misguided reading of the clue(s). 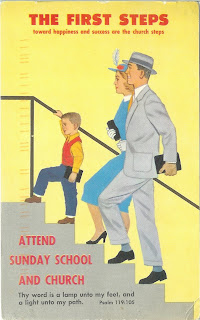 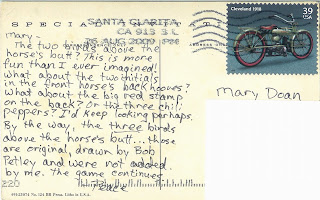 The taunting continues…. When I missed posting one day, I received this (my personal favorite): 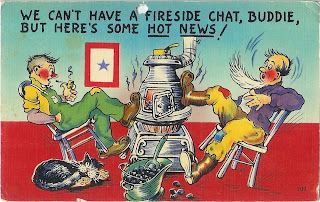 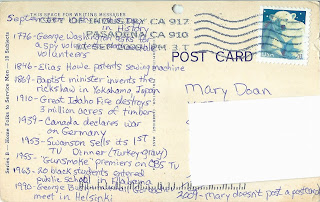 And finally, when I wrote about the Worst Hotel I Ever Stayed In, and complained about two male colleagues with whom I was traveling, I was dinged for wanting to have my cake and eat it too. 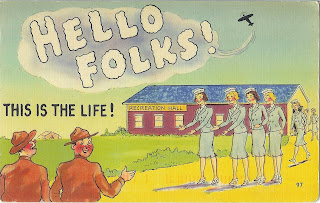 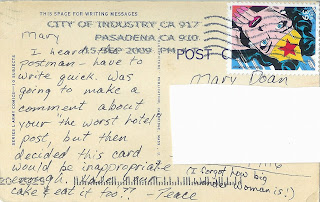 This is all just too much fun!