Here are two examples of postcard advertising from the 90s.

In bars, restaurants and coffee shops in major cities around the world were mounted postcard racks (usually in the halls outside the bathrooms) with free postcards advertising any number of products/services. It was a great idea, and an early example of viral advertising - a company distributes free postcards, usually with an interesting graphic, provocative message or, at minimum, extension of an existing ad campaign, and you pay out of your own pocket to mail it to other potential consumers (a.k.a. your friends).

A quick look for this company, Maxracks, suggests that the company continues to exist, but only to send virtual postcards. Now that I think of it, I haven't seen any of these racks in a while with the exception of in a Pasta Pomodoro, which had their own postcards only in these racks.

The postcards below, Mel for Tanqueray and Altoids "Curiously Strong", were both extensions of big, visible ad campaigns at the time.

The Altoids campaign ran initially on bus shelters, with a number of different versions, all with the "Curiously Strong" tag line, all a lot of fun. This campaign really made that product the ubiquitous mint it is today. 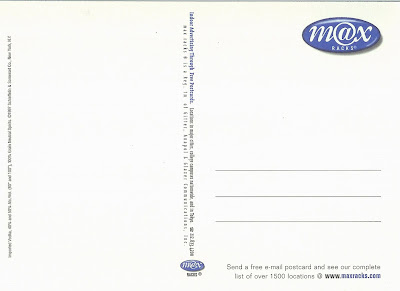 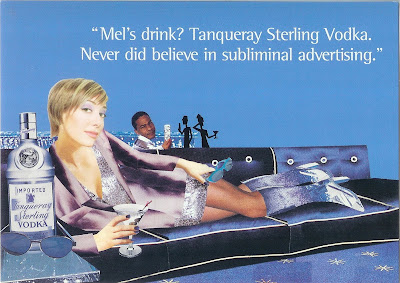 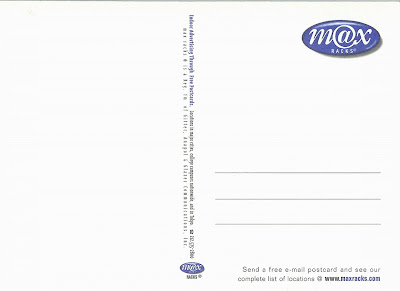 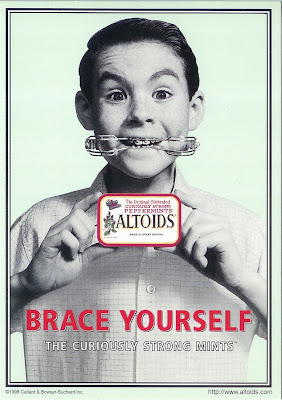