Huge thanks to my friend, Steve, who sent me a stack of postcards he collected, including some from the most recent Comic-con convention. Some of those will be posted another day.

The postcards today are from a collection of gunfighter paintings from Knotts Berry Farm, some time ago. Again, no dates on the cards, so it isn't clear when these postcards were created. However, on the back of these cards, is reference to "Joe's Saloon" where these pictures "looked down at you from the walls". Joe's no longer exists or may have been reincarnated as the Calico Saloon in its more modern iteration. In addition, I can find no reference to the artist, Leo F. McCarty, either on the Knotts' website or, for that matter, anywhere else on the Internet, with the exception of on www.thepostcard.com, which has some of his postcards for sale in its "western" section.

Knotts Berry Farm was originally an actual berry farm, which morphed into a western ghost town attraction, before becoming the roller coaster and water park it is today. http://en.wikipedia.org/wiki/Knott%27s_Berry_Farm. The history is pretty interesting, but the sanitizing of much of the old west flavor is sad.

On the back of one of these postcards it mentions that the gunfighter era was only 20 years long. Given how many classic western movies were made with gunfighters bursting through the swinging doors of saloons or facing off in dusty streets, it seemed to have lasted a lot longer. 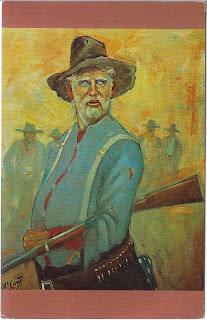 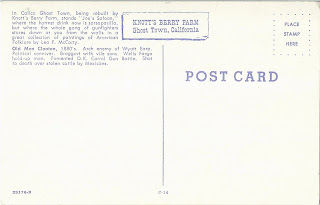 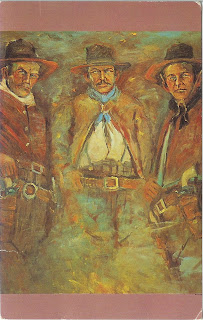 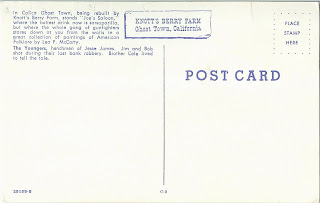 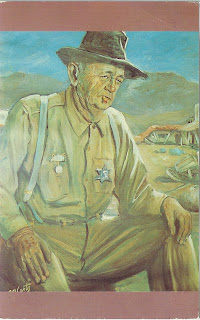 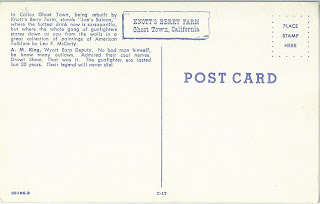 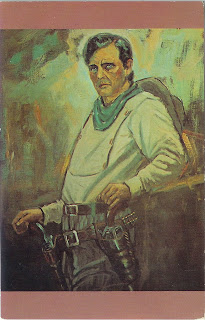 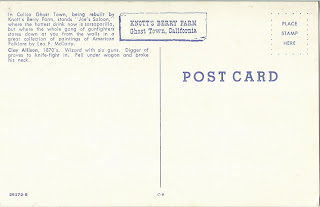 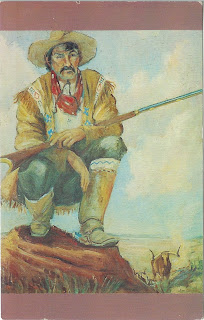 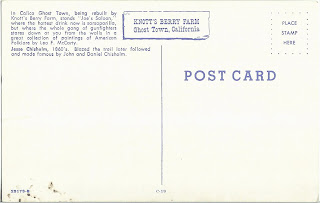 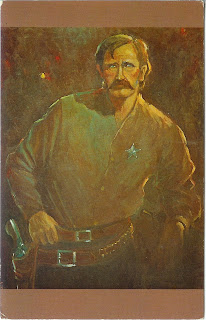 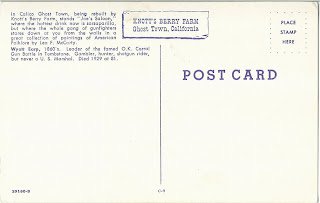