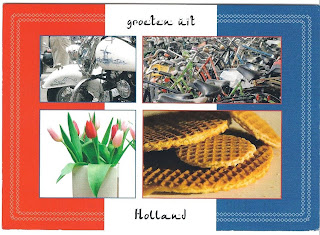 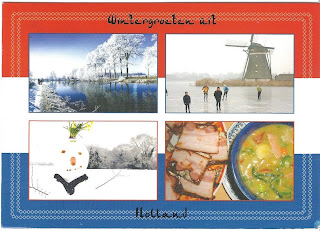 This must be a popular postcard design in Holland.  I received these two postcards within two days of each other, from two separate Postcrossing participants.  While the cards feature completely different pictures and slightly different placement of colors around the border, the design is virtually the same.

In any case, I love the postcards I get from Postcrossing, and never know from where or with which images a card will arrive
Posted by Mary at 1:10 PM