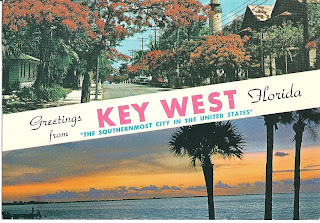 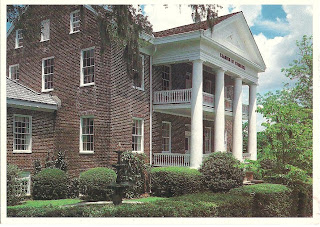 For whatever reason, I don't think of Florida as being part of the South.  It is as if it's its own region..  Howevever, if you've been on the panhandle part of Florida, you know that's a place that definitely feels like the South.

The postcard on the left is from Talahassee, on the panhandle.  I've been there once.

Talahassee was the closest airport to Ochlocknee, Georgia, the location of one of two white clay mines in the world (the other being somewhere in China)., and the source of clay for a brand of cat litter, Control Cat Litter. [Many cat litters are made of clay.]  I was the account executive at the ad agency that did the advertising for Control Cat Litter, and the brand manager decided we should all visit the source of this special clay, to see if we could find any information that could be used in advertising messaging.   I don't remember that we did, and it was a long way from San Francisco to that clay mine in Georgia.  I do still have a lump of that clay in my office.

The Control Cat Litter brand no longer exists, but as usual, I discovered something interesting while searching the web to see if it was still around.  Ever heard of Geophagy?  It means eating dirt, or clay, and this white Georgia clay appears to be of particular interest to geophagists, if such a term exists.  If you're interested, you can purchase it here.

The postcard on on the right, of Key West, included a message on the back that said:  "If you ever come to Florida, skip everything else and come sraight to Key West."  I imagine it to be a bit like San Francisco in the tropics, but smaller:  lots of eccentric, colorful, and interesting people drinking a bit too much booze, but sporting killer tans, and wearing Hawaiian shirts and flip flops.  It may not be reality, but that's how I picture it. 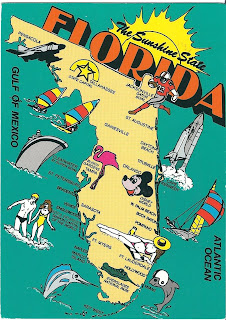 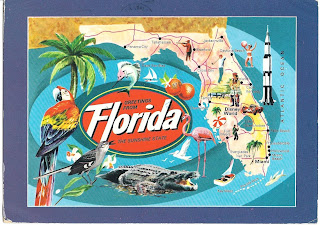