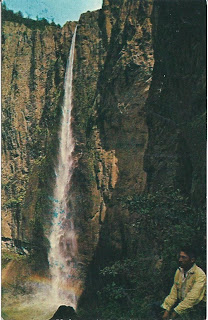 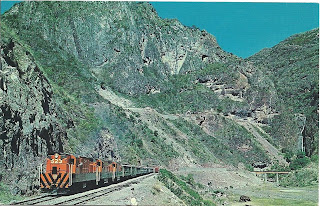 Two more photographs by Roberto Lopez Diaz, one of the "Ferrocarril Chihuahua Al Pacifico" and one of Basaseachic Falls.

Ferrocarril means "railroad" for you non-Spanish speakers, and this train route is considered by some to be the most beautiful ride on the North American Continent.  "The tracks pass over 37 bridges and through 86 tunnels" and cross the continental divide, traversing Copper Canyon along the way.