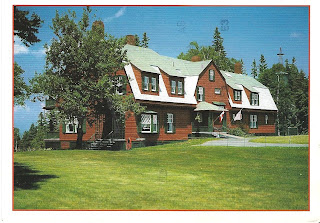 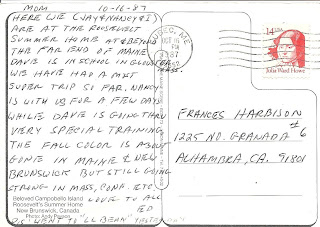 I am fascinated by the four eastern most provinces of Canada and hope to visit someday (my bucket list is geting pretty long).  I want to see the tide change in the Bay of Fundy, eat scallops in a seaside restaurant in Nova Scotia, ride a bike around Prince Edward Island, and hike in Gros Morne National Park on Newfoundland Island.

This postcard was sent from my uncle to my grandmother, both of whom are long gone now.  When I found this card, I could hear his voice with a very specific intonation, saying "L.L. Bean".
Posted by Mary at 10:32 AM