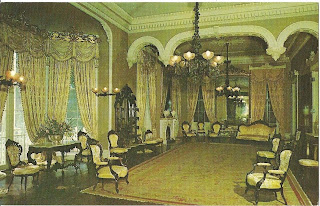 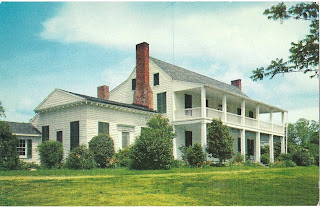 1 & 2.  Mount Repose and one end of ballroom in Stanton Hall 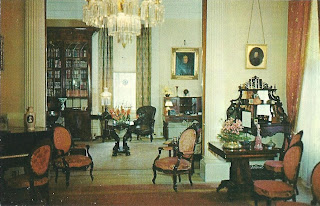 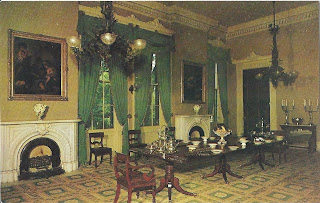 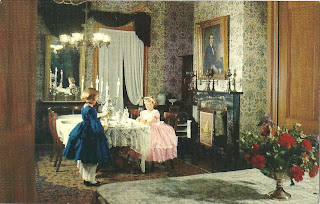 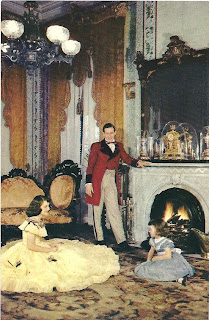 Natchez, Mississippi is the oldest city on the Mississippi River, founded in 1716.  "The first route into Natchez was the Natchez Trace, originally a buffalo trail and later used by Native Americans and early settlers. Flatboat men plied their craft downriver to Natchez or New Orleans, sold their goods and boats, and walked or rode wagons north toward home on the Trace. With the advent of steamboat travel in the early nineteenth century, the Trace fell into disuse."  [There's a word I've only heard used in the South - "trace" - my grandmother used to talk about "Buffalo Trace", a big very old house overlooking the town of Maysville, Kentucky, where she was from.  The Buffalo Trace in the Wiki sounds more like a road than a house.]

Natchez is the home of the twice yearly Natchez Pilgrimage during which many of the town's antebellum mansions are opened for visits.  The city claims it "has more antebellum homes than any other city in the US, as during the War (that would be the American Civil War), Natchez was spared the destruction of many other Southern cities".  The Natchez Pilgrimage Flower Club names a coterie of young people from what are probably old-time and/or otherwise  prestigious local families to serve as the Royal Court.
The postcards above, of some of the mansions on the tour, came from my grandmother's house - she probably made the Natchez Pilgrimage at one point in her life, perhaps in the 1950s or 1960s.  What is most amazing is, while my grandmother's house wasn't quite as grand (although it was pretty grand), much of the furniture and furnishings from the homes above remind me of hers
Random facts about Mississippi:
1.  The largest city, Jackson, has less than 175,000 inhabitants.
2.  The American Litter Scorecard (that's a new one on me) ranks Mississippi dead last in terms of removing litter from its highways.
3.  In 1966 (!!!), Mississippi was the last state to repeal the prohibition of alcohol statewide.
M-i-ss-i-ss-i-pp-i. It's difficult for me to even say the word "Mississippi" without the rhythmic spelling of the name echoing through my head. I imagine most American school children, at least those of my generation, do the same. Do you?
P.S.  Hard to even write about Mississippi without thinking about the globs of oil polluting their coastline and waterways right now.  Say a prayer for the Gulf, every time you get a chance.
Posted by Mary at 8:45 PM