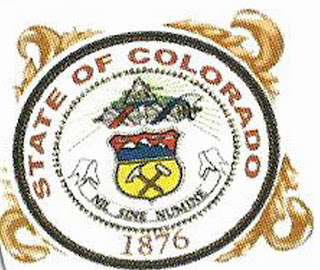 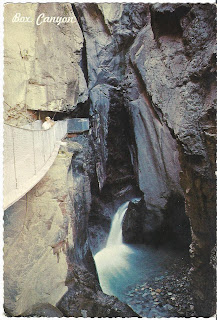 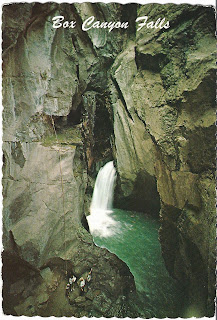 It's Postcard Friendship Friday and the theme is postal boxes. This week I've been posting the first seven states in alphabetical order, making Colorado #6. It's just luck that Colorado fell on Friday, and while I don't have any postcards of postal boxes (this seems to be a popular postcard image), I do have Box Canyon, in Ouray, Colorado.

Notice the difference in the two postcards - the one on the right has people at the bottom of the canyon looking up at the falls. On the left, there's a cat walk, with people walking to a viewing platform eye level with the falls. I've been to Box Canyon twice, probably about 30 years apart, and collected both these cards there. I didn't remember that the first time there wasn't a cat walk. 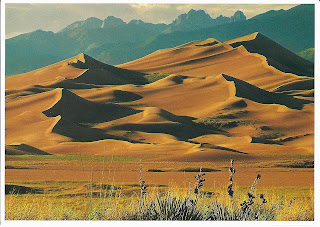 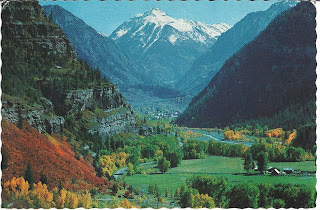 I couldn't leave Colorado with just two shots of Box Canyon, so we've got bonus shots. On the left, the "Switzerland of America", the incredibly beautiful Ouray, Colorado. On the right, Great Sands National Park. Home of the tallest sand dunes in North America, and located in the foothills of the Sangre de Cristo Mountains in Southern Colorado, these dunes became a national park only in 2004, having been a national monument up to that point. I'm a pretty big fan of sand dunes, so you probably wouldn't be surprised to know that there have been other sand dunes featured here before, here and here.
Posted by Mary at 7:41 AM