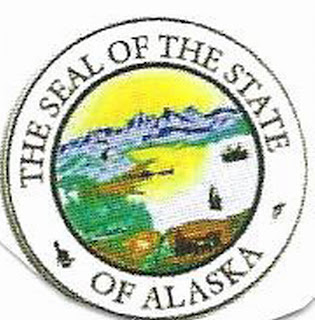 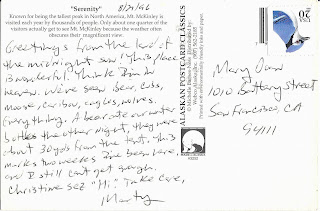 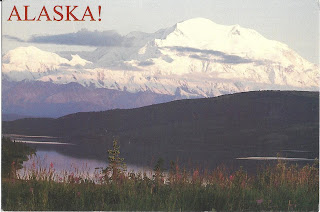 When I first found this postcard, it made me think, "When did they change the name of Mt. McKinley to Denali?", as this postcard has no reference to the name Denali and was mailed in 1996. I thought this mountain, at least in recent memory, was called "Denali".

The whole name thing is controversial. Alaskans refer to the mountain as "Denali", from the Koyukon language, and in 1975 requested that the US Board on Geographic Names (who knew there was such an organization?) make the name "Denali" official. A congressman from a district in Ohio, where McKinley (the president for whom the mountain was named) was from, has continuously fought efforts to do so, using all sorts of political maneuvering, and the official name remains Mt. McKinley to this day. The "compromise" was to name the national park Denali, with Mt. McKinley as its centerpiece. Phew. If you're interested, you can find more info here.
Posted by Mary at 9:44 AM