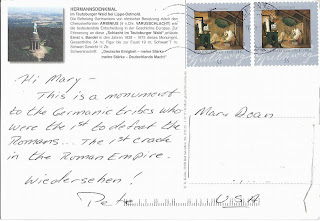 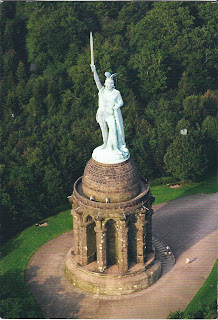 Hermannsdenkmal is one of Germany's major tourist attractions, standing almost 174 feet tall (about 17 stories). It was completeled in 1875.

The monument commemorates the victory of the German tribes over three Roman legions in 9 AD. It was a huge loss for the Romans, but did not deter their geographic expansion at the time. Check out this and this for information on the Roman empire. Interesting to revisit - one of those subjects I remember studying in high school history but haven't had reason to think about in a long while.
Posted by Mary at 6:22 AM