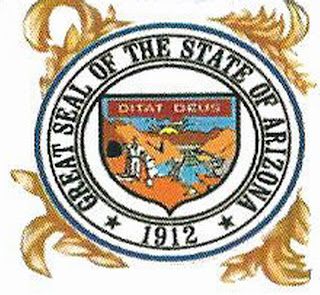 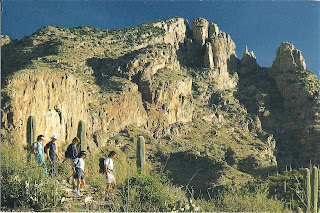 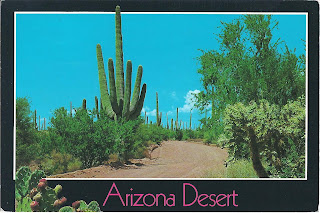 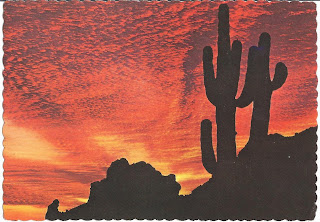 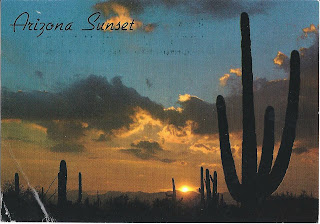 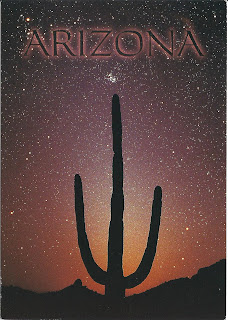 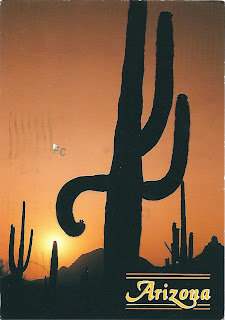 The saguaro is the quintessential Arizona image. In my postcard collection, these are just six of several Arizona saguaro postcards. Now it so happens, I've been to Arizona a lot. I went to graduate school there, have friends that live there, and was lucky enough to go to a spa in Tucson multiple times. But that's a lot of saguaro.

While the saguaro is found throughout the Sonora Desert, they are most densely scattered around Tuscon. It can take up to 75 years to grow a single arm, and their growth rate can be measured in lines in their needles, just like the rings in trees. There's one genetic abnormality that occurs, a crested saguaro, that is pretty cool to see. I was lucky to see a very large crested saguaro while hiking among them (as in the upper right postcard) around Tucson.
Posted by Mary at 7:08 AM