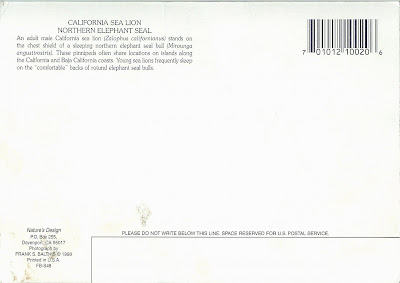 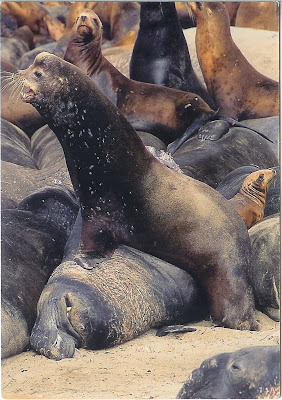 The elephant seal population in Northern California has increased over the last few years. Now, not only can you see them and walk among them at Ano Nuevo between Santa Cruz and San Francisco, you can also see them at Point Reyes and just north of Cambria, where Highway 1 starts the curviest portion of its path. Or, view a life-size replica of an adult male at the little museum on Chrissy Field.

Ano Nuevo is particularly exciting. Ranger-led hikes take you on paths over the dunes and down toward their beach. You are warned to be ready to run at any time, and to never ever get between two male bulls who might be getting ready to charge each other. I imagine it's a bit like what a safari might be like, but with fewer varieties of animals.
Posted by Mary at 10:01 PM