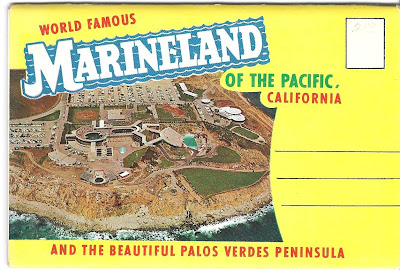 Here's another blast from a So Cal past - Marineland.
From the Marineland of the Pacific Historical Society website  (MOTPHS, as they refer to themselves):  In August, 1954, Marineland of the Pacific opened its doors to the public for the first time. Located at the tip of the beautiful Palos Verdes Peninsula in Los Angeles County, California, it was the largest oceanarium in the world. Five million dollars were invested in the project to make it the most unusual cultural, educational and entertainment center on the Pacific Coast.
I remember spending what seemed like an entire day here at least once, as a litte kid, and this fold out postcard conjures up some old feelings of excitement and wonder.  Check it out: 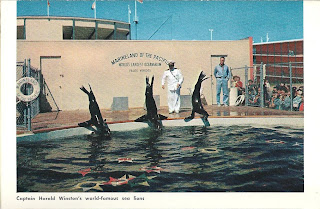 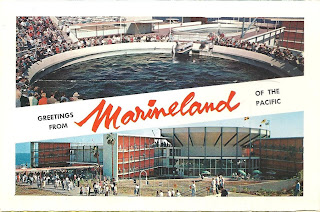 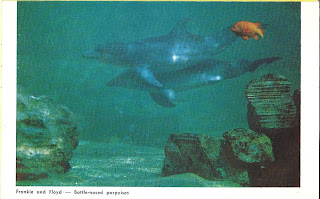 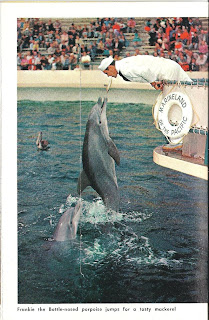 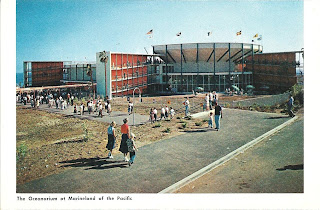 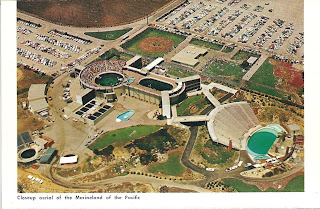 There appears to have been some controversy around its closure, although it was probably just out marketed by Sea World in San Diego (where the orcas ended up), Disneyland and Knotts Berry Farm.
Posted by Mary at 3:56 PM