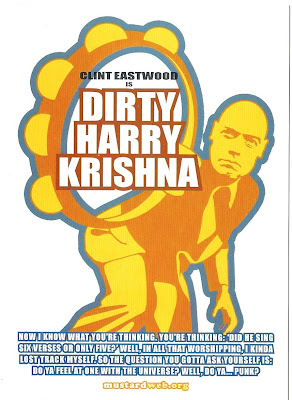 My friend Steve attends Comi-con at least twice a year and collects a large stack of postcards for me from these events. (Thanks, Steve!)  If you haven't heard of Comi-con, its mission statement is as follows:


Comic-Con International is a nonprofit educational organization dedicated to creating awareness of, and appreciation for, comics and related popular art forms, primarily through the presentation of conventions and events that celebrate the historic and ongoing contribution of comics to art and culture.
As I understand it, it's quite the groover event for popular culture, and features not only comics and cartoons, but also a wide variety of popular culture characters, from young actors and actresses flaunting their wares and reality tv programs trying to out outrageous each other to upcoming films hoping to catch a wave and a variety of products attempting to cash in on all of the above.
I'm always amazed at the variety of comic characters out there, some famous, some not so famous.  Over the next couple days I'll feature a very few of the postcards from these events.  The "Dirty Harry Krishna" postcard above really cracks me up.  The copy below the image might be too hard to read.  It says:
"Now I know what you're thinking.  You're thinking:  'Did he sing six verses or only five? ' Well, in all that worshipping I kinda lost track myself.  So the question you gotta ask yourself is: do you feel at one with the universe?  Well, do ya....punk?"
If you never saw the movie "Dirty Harry" with Clint Eastwood, or never had any exposure to a bunch of Hare Krishnas dancing around in their orange robes singing "Hare Krishna", this won't make sense.  If you did, the juxtaposition is hysterical.
Posted by Mary at 6:00 AM