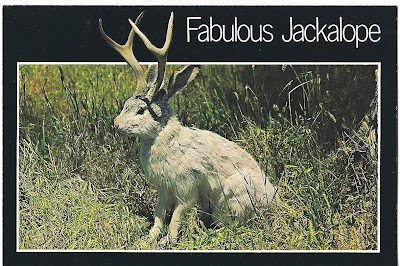 I've just returned from a fast and furious road trip from San Francisco, CA to Missoula, Montana and back.  2200 miles in six days.  As my friend Evelyn (who traveled with me) and her Moroccan husband, Hassan, would say, "wow wow wow".

There were several highlights including touring the Botero exhibit at the Reno, Nevada art museum (alas, they had no postcards of Botero's work); winning $70 on the slots in Jackpot, Nevada (if you click on the link, you'll see a picture of the casino); attending two parties in Missoula, Montana - one for my friend's 60th birthday under a full moon, complete with an incredible performance by Dan Hicks playing with the Mission Mountain Wood Band; driving along the Salmon River (the river of no return) through the Sawtooth National Recreation Area (spectacular);  visiting Crater Lake National Park (Crater Lake has the bluest water you've ever seen); staying with friends from high school, one in Genesee, Idaho and two in Bend, Oregon (always a treat); and last, but not least, finding a Jackalope postcard in Twin Falls, Idaho.

From the back of the postcard:  "The Fabulous Jackalope of North American.  Jackalopes are the rarest animals in North America.  A cross between a now extinct small deer and a species of rabbit, they are extremely shy and wild.  They possess the ability to mimic and their cries often sound human and tuneful.  Probably from hearing cowboy songs on lonely night watch.  None have ever been captured alive and this is a rare photo taken at their feeding grounds in the high country."  Not the best description of the Jackalope ever, but not bad.

I particularly like the description from the Wiki: "... it is said to be a hybrid of the pygmy-deer and a species of "killer rabbit". Reportedly, jackalopes are extremely shy unless approached. Legend also has it that female jackalopes can be milked as they sleep belly up and that the milk can be used for a variety of medicinal purposes. It has also been said that the jackalope can convincingly imitate any sound, including the human voice. It uses this ability to elude pursuers, chiefly by using phrases such as "There he goes! That way!" It is said that a jackalope may be caught by putting a flask of whiskey out at night. The jackalope will drink its fill of whiskey and its intoxication will make it easier to hunt."

It's Postcard Friendship Friday, and if any of my fellow postcard people would like a jackalope postcard, let me know.  I have a few extra.
Posted by Mary at 11:39 AM